Once upon a time, I found a strand of top-drilled marquise-shaped brown jasper at a bead show.  (I think it was at a bead show – it was so long ago that I honestly do not remember.)  After those beads kicked around in my toolbox for a while, as beads are wont to do, they eventually manifested as this collar-style necklace:

Several years later, I picked up some strands of graduated imperial jasper sticks.  I decided to do these with a reversible polymer focal bead.  On the first pass, I had the pendant centered, and it just didn't work.  I pulled it apart and restrung it with the pendant off to the side... Et voila!

Although these necklaces are similar in feel, they weren't quite Evil Jungle Princesses – EJPs for short.  The shapes were all wrong, and the single focal made them a completely different style of necklace.  We've since redubbed them "Queen of the Jungle."  But then, I felt like I had to try to do a true EJP, but with polymer marquise shapes.  On the first pass, I made the pieces, but they were really too thin to do anything with.  On the second pass, I made the pieces thicker, and then drilled the holes after baking.  Boy oh boy, was that not the way to go!  But that necklace turned out great – and made its debut at Opal Gallery for the "The Jewelers Bench & Off The Easel" show in 2017.  Where it sold.

Since then, I've made Evil Jungle Princess collars in a several variegated colors.  Each necklace is really a very wearable statement piece, and these collars feel more "true" to the original EJP concept.  You'll find images of other versions in the "Neck" section of our site menu.

My guess is you don't need to actually BE an evil princess to wear this necklace....but it just might make you feel like one. 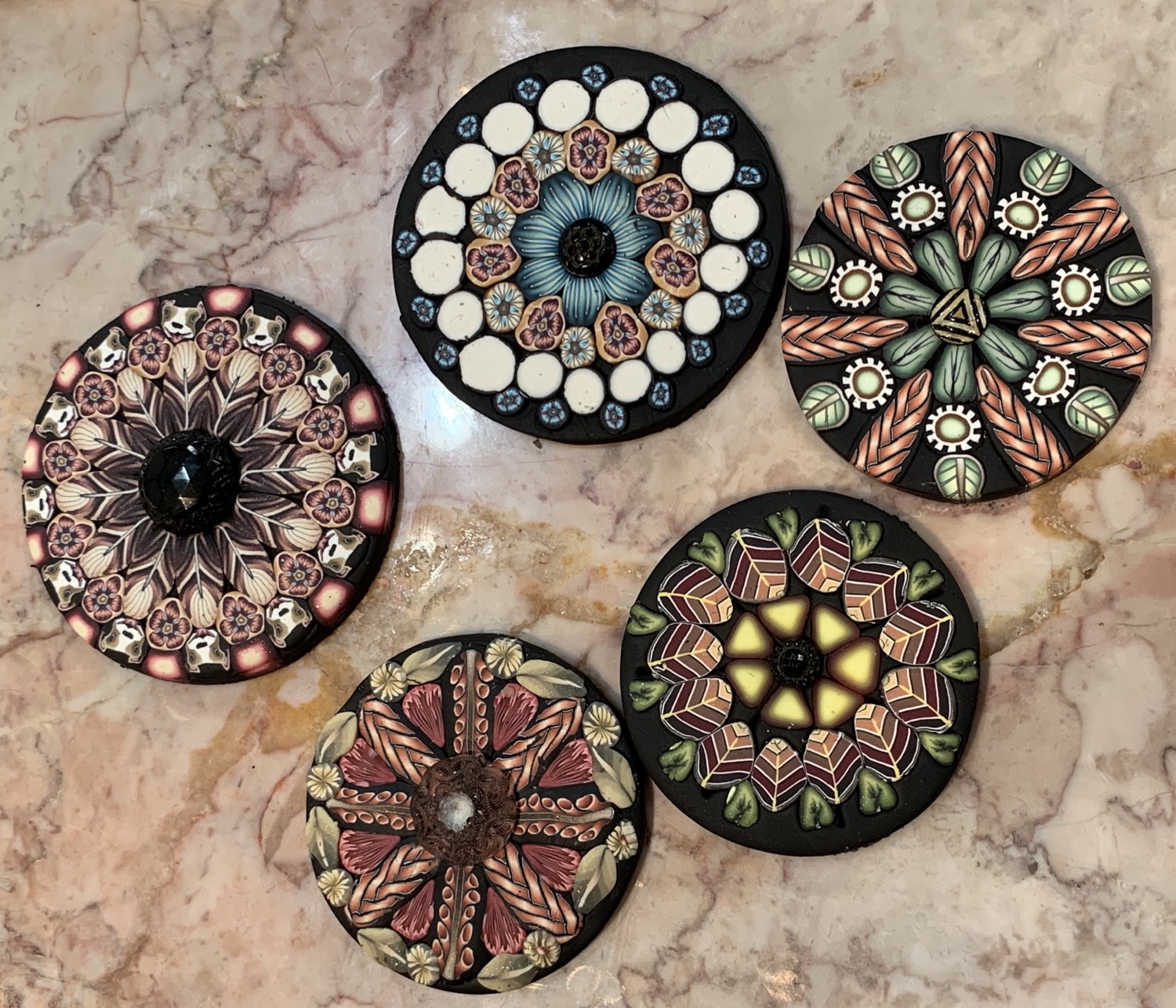